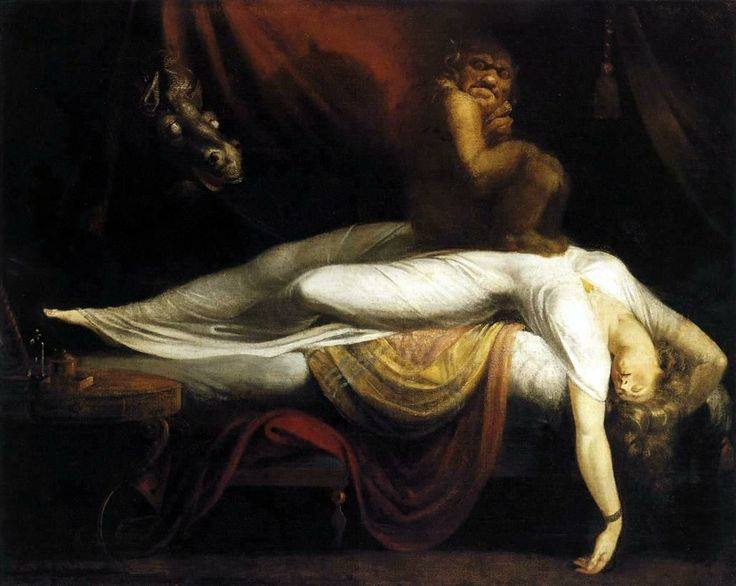 My daughter has been having nightmares.

In the early mornings, she crawls into our bed, half-awake and afraid, seeking parental comfort to allay her fears.

She wants to stop her bad dreams, so when she calmed down after a particularly frightening nightmare she asked me what she could do about them.

I shared with her one of the most successful strategies I use when I have nightmares.

I noticed that when I have a nightmare, there’s usually a moment when I realize I’m having one, when I’m in that quasi-conscious state between dreaming and waking.

Over the years, I’ve trained myself to hijack my nightmare and take it over, like a movie director barging in-frame to change the scene as the cameras are rolling.

I don’t passively watch the nightmare unfold, I actively steer the dream to my desired outcome, usually through my own heroic actions.

I happened to have a nightmare two nights ago where I did just this.

I dreamed my daughter and I were about to dive off a cliff into a pool of water below.

I watched her jump…

and miss the water, landing on the rocks below.

My heart rate spiked and I was punched into semi-consciousness, but still experiencing the nightmare, one what was going to end with me finding her lifeless, broken body.

Then I took charge.

I made my dream-self climb down the craggy cliffside to find her splayed out on the jagged rocks below, feet from the water’s edge.

I willed her to be ok.

After all, this was my dream and my mind. It was going to turn out how I wanted it to, with my daughter alive.

When I picked up her limp body, she opened her eyes and screamed from the pain of two broken legs…

But she was alive and was going to live (in my dream).

At this point I was fully awake, relieved to look over to her in the bed next to mine in our hotel room, and to see that she was safe and sleeping soundly.

I’m sharing this because I read the following article in Forbes yesterday:

Tapping the Power of Mental Rehearsal

The salient finding is not that mental rehearsal works, but that feeling the negative emotions of what you’re worried about and mentally rehearsing creating a positive outcome is what really helps you succeed.

For example, first imagine yourself feeling the stress of taking your next Belt Test.

Then, rehearse performing flawlessly and passing with ease.

The trick is that you have to really feel the stress, then see yourself facing and overcoming your fear on your way to victory.

Researchers refer to this as “motor preparation,” because the mental rehearsal trains us how to react to the scary or threatening situation in real life; you run a full mental and emotional simulation with successful outcomes to prepare you for when it really happens and you must act.

Turns out I stumbled across this method by accident, and necessity, years ago, and this same method has helped my daughter with her nightmares.

With a nightmare you have no choice but to experience the fear because you’re unconscious, but with conscious fears you must be brave enough to experience your fear in your mind first, then see yourself mastering it.

Rather than avoiding the negative feelings or denying them, you look your fear in the eye and take charge of your own life.

If a ten-year old can do it, so can you.